Roger White
This was another rapid ‘recce’ looking at some sites in the north and south west of Brandenburg. Only the most rewarding sites, and selected species are mentioned.

14 June
Left airport hotel at 0725 and headed north. Took junction 8 to Finksberg., heading for Fergitz tower, near Suckow. There 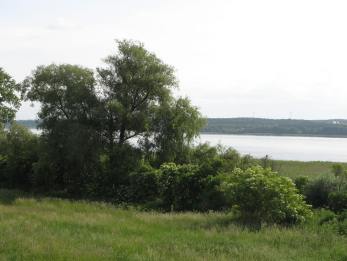 is a good view of the lake from here. A lot of birds : Marsh Warbler, Icterine Warbler, Thrush Nightingale, Bearded Tit. Skylark and Whinchat. In a wood with Black Poplars. Golden Oriole, Fieldfares. In the bushy areas were Red-backed Shrikes and Barred Warbler.

At the small pond at Stromtal, near Boitzenburg were Grasshopper Warbler, Great Reed Warbler, Garganey, and Hobby. 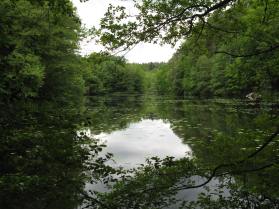 Then to Boitzenburg. On the way, Two Osprey nests on pylons, seen well from the road. After Berkholz, I drove down a rough track to a water mill, and walked through the woodland. A lot of old timber. Several Wood Warbler singing. Middle Spotted Woodpecker and Crested Tit. Cranes calling.,

Then to Suckersee. Female Red Breasted Flycatcher. After failing to find a room at 2 hotels and I found a room in the Freizeit Hotel in Furstenburg.

Zehdenik. NSG Klienitz near the station was a very good site. You walk along a grass track with damp woodland patches of open water on the right with open marshy ground on the left and small pools. Green Sandpiper, Lapwing, 6 Teal. Marsh Warbler Greylags, Path bends round to the left past a small lake. Small island with breeding Common Tern and Black Headed Gull on platforms and tree stumps. Pair of Cranes.

woodland from Marfendorf towards wind turbines. Hawfinch, Redstart, Willow Warbler, and Pied Flycatcher. Took several wrong turnings on the way back and took a while to get back to the car.

Then to the small village of Korzin.Nothing much to see from the viewing platform, but Osprey on pole in view.